API in the News 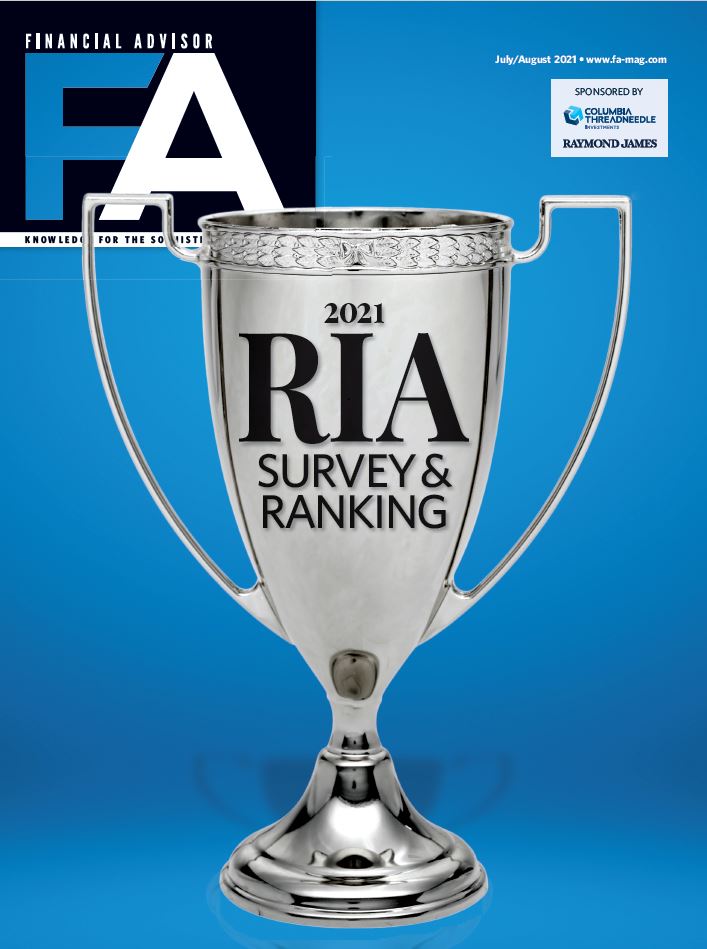 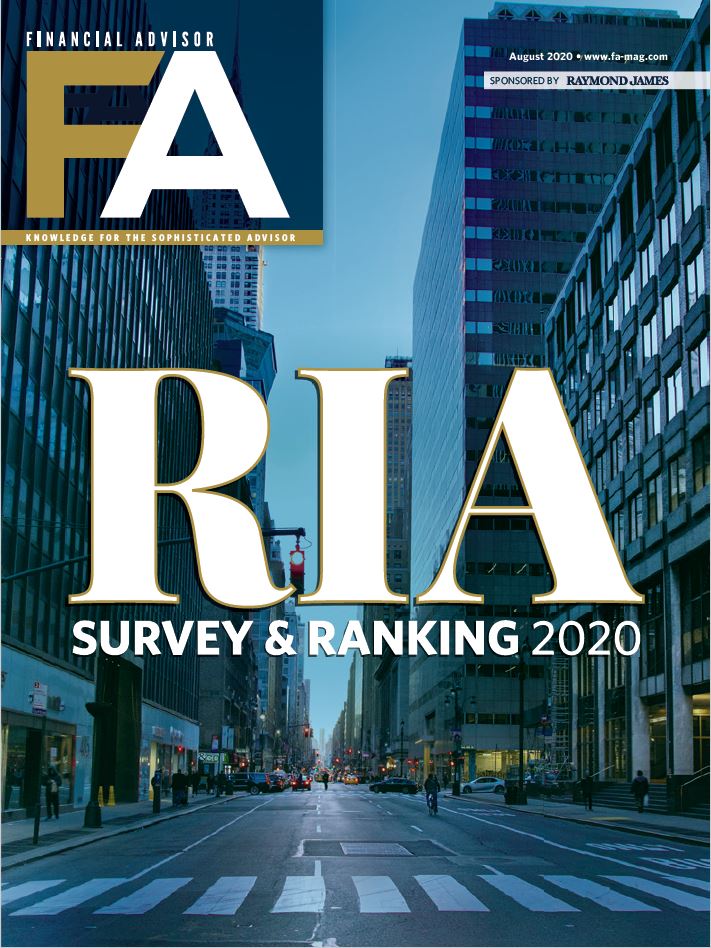 June 2020- Sandy, Carol and Erin are awarded the Five Star Wealth Manager Award and recognized in the June 2020 issue of Orange Coast Magazine. This is the third year in a row that all three have received this recognition. Congratulations!

March 13, 2020- Sandy is quoted in an article in Financial Planning Magazine "‘We are going to be OK’: Planners manage clients’ emotions, and their own."

June 7, 2019- Sandy is quoted in an article in Financial Planning Magazine "7 Habits -and Blunders- of Highly Successful Advisors

April 20, 2018- Sandy is quoted in an article in Financial Planning Magazine regarding free NAPFA memberships for new CFPs

May 2017- Sandy attends the 3rd annual Invest in Women conference in Dallas, Texas

Sandy was invited to speak at The Advisors in Transition meeting on September 14, 2016 at the offices of Brown and Streza in Irvine, California. She was asked to tell the story of how her career started and how she has transitioned through different phases to become the successful financial advisor she is today. This speaking engagement allowed Sandy to share her best practices, help, mentor and inspire other members to grow to new heights.

April 2012 - Carol Somoano, CFP is interviewed for and quoted in the Orange County Register's article

April 2012 - Sandy does photo shoot and interview for Financial Planning Magazine which is featured in this month's issue.

March 2012 -Sandy attends Barron’s Top Independent Advisors Summit in Phoenix, Arizona.
This unique conference brings together the best in the business. It is designed to facilitate a free-flowing exchange of information, ideas and insights through peer-based communication and an unwavering focus on best practices and winning wealth-management strategies.

January 2012 - Erin Nelsen completes the final requirement to become a CERTIFIED FINANCIAL PLANNER™. To become a CFP®, one must hold a bachelor's degree, complete  comprehensive financial planning coursework from a board approved program, pass a 2 day examination, have 3 years of direct personal financial planning experience, and undergo a background check. Maintaining the CFP® designation requires 30 hours of continuing education every two years, along with adhering to the board's ethical & professional standards. Website link

August 2011- Asset Planning, Inc. is recognized in Advisor One's Top Wealth Manager report. The survey captures the largest and most successful independent wealth management firms – those that are owned and operated by advisors themselves. For 2010, Asset Planning Inc. experiences 20% growth in asset under management (AUM) compared to a12.8% return on the S&P and 18% average growth among peers. To view the rankings click here.

April 2011- Sandy reassures a 44 year old millionaire he'll have enough to retire early and urges him to create balance in his live.

March 2011-Sandy and Carol are featured in March's issue of Orange Coast Magazine as two of the top wealth managers in the country.

July 2010-API is ranked as one of the top wealth managers in the country in Investment Advisor magazine.

May 2010- Sandy advises a young couple on budgeting and putting their inheritance to good use.

May 2010- Asset Planning, once again in 2010, ranks among the top wealth managers in the country.

November 2009-Sandra Field advises a Hollywood producer who struggles to find a balance between work and being a single mom.

October 2009- Carol Somoano is interviewed in the October issue of Financial Advisor Magazine for her best bond picks.

WEALTH MANAGER MAGAZINE
Asset Planning, once again in 2009, ranks among the top wealth managers in the country.

LA TIMES
May 31, 2009- Sandra Field stands out among other financial planners interviewed for the LA Times' Sunday Money Makeover.

LA TIMES
April 19, 2009- Sandra Field's Money Makeover clients Lesley Hawks and Gayla Baker were featured in the LA Times again. The article gives an update on the progress they made in their financial lives since meeting with Sandy.

ORANGE COAST MAGAZINE
March 2009 -Sandra Field was among just 3 percent of the wealth managers in Orange County, California, to be chosen by clients and financial services industry professionals as a FIVE STAR: Best in Client Satisfaction Wealth Manager.

LA TIMES-MONEY MAKEOVER
Sunday, August 24, 2008- "Teacher needs a financial education". Sandra Field, MBA helps Gayla Baker, a divorced mother & educator, reorganize her priorities and pay down debts so she can realize her goal to put her sons through school; get a doctorate in education; buy her mother’s home for $250,000;  and retire comfortably.

MONEY MAGAZINE – HOW TO WIN IN REAL ESTATE NOW
May 2007 issue – “Having It All – Except Savings”. Thirtysomething Darek Dohy and Jenn Farber can get a jump on saving with the tips from financial planner, Sandra Field of Los Alamitos, California.

O.C REGISTER BUSINESS – YOUR MONEY
Saturday, January 6, 2007 – “Lesson In Retirement.” High school teacher Val Vatthauer is one in a series of financial makeovers conducted by Woman Investing in Security and Education. Sandra C. Field, a certified financial planner and owner of Asset Planning Inc. in Los Alamitos, did the analysis.

INVESTMENT NEWS
September 27, 2004 – “Bursting Its Britches? American’s Growth May Hurt Performance.” – Sandra was interviewed over concerns of the asset size of American funds.

O.C. REGISTER BUSINESS - YOUR MONEY
Sunday, April 6, 2003 – “California Bonds a Bargain For Some Investors” – Things you need to know about Muni Bonds before you start shopping for them.

O.C. REGISTER BUSINESS - YOUR MONEY
Friday, Mar. 14, 2003 – “Experts Shore Up Readers’ Finances” – More than 550 people bring their questions for a consultation with experts from the Orange County chapter of the Financial Planning Association during the Register’s Annual Personal finance call-in.

O.C. REGISTER BUSINESS - YOUR MONEY
Sunday, Jan. 5, 2003 – “Back 2 Basics” –Figuring out how your funds should work for you can take some mystery – and mistakes – out of investing.

O.C. REGISTER BUSINESS - YOUR MONEY
Sunday, Jan 6, 2002 – “Experts Picks from Panel of Experts” – Analysts say rally could be seasonal in nature. Sandra is on the panel of experts for retired investors. Growth verses value investing.

O.C. REGISTER BUSINESS - YOUR MONEY
Sandy, March 31, 2002 – “Don’t Be Tempted” – Sandra’s Quote “If you’re under 50 years old and you have more than 25% in bonds, you are being very conservative. That doesn’t mean you’re wrong, just conservative.

O.C. REGISTER BUSINESS - YOUR MONEY
Sunday, July 14, 2002 – “GOLD Can Flame Out” – Experts Advise on Gold as an Investment Vehicles.

O.C. REGISTER BUSINESS - MONEY SMARTS
Sunday, Sept 15, 2002 – “Know rules for retirement distributions.” – One on one consultation with Sandra. The question deals with the rules for mandatory withdrawals from retirement accounts.

O.C. REGISTER BUSINESS - MONEY SMARTS
Sunday, December 30, 2001 – “Reverse mortgage is not a simple calculation” – Sandra answers questions one on one form the audiences.

O.C. REGISTER BUSINESS - MONEY SMARTS
Sunday, June 24, 2001 – “Advice for Dealing With A Spouse’s IRA” – One on one, Sandra answers questions from a husband on passing assets to his wife in an IRA.

O.C REGISTER – FRONT PAGE
Sunday, June 24, 2001 – “Down – and Up! Will It Make A Difference.” Fed shows determination. Interest rate cuts continue and the market rally.

O.C. REGISTER BUSINESS - YOUR MONEY
Sunday, April 1, 2001 – “Quarterly Report: Stock Bargains Lie Ahead.” Sandra is on the panel of experts for quarterly review.

O.C. REGISTER BUSINESS
Tuesday, March 13, 2001 – “Taking Stock In A Downturn.” Advices on holding stocks during market down side.